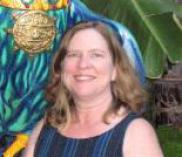 Liz Sprague Holt, MA, E-RYT200, completed her 200 hour teacher training at White Lotus Foundation in Santa Barbara, California and a 60 hour course in Therapeutic Yoga for Seniors at Duke Integrative Medicine, both followed by additional work, a research project and internship. She has also taken many courses and workshops over the years including Tai Chi, Ayurvedic Healing, Thai massage, Contact Improvisation, iRest (Restorative Yoga or Yogic Sleep), and Mindfulness-Based Stress Reduction. Liz is registered with the Yoga Alliance (E-RYT-200), received the additional certification in Therapeutic Yoga for Seniors at Duke and is a member of the International Association of Yoga Therapists. In 2010 Liz completed a 50-hour program in Yoga of Awareness for Cancer from Duke Integrative Medicine, an intensive course of study designed to prepare teachers to help those living with cancer and their caregivers to enjoy a high quality of life through yoga asanas (postures), breathing and meditation techniques. This method of intervention has been tested by scientific studies (in the Western medical trial model) and has been shown to make a difference. In 2022 Liz completed certification in kids' yoga called Kidding Around Yoga. Liz has been involved in dance for over thirty years with instruction in many forms of dance and performances of modern, ballet, jazz and tap with several companies and community groups. Modern dance is her passion along with yoga, music, documentary film making, travel and studying Eastern philosophy. She was introduced to the Journey Dance™ form at Kripalu Center for Yoga and Health in Massachusetts and completed her certification at the teacher training held at Earthdance Center for Contact Improvisation in Massachusetts. She was the Administrative Director from 2010-2012 for Even Exchange Dance Theater in Raleigh. She worked with Carolina Parent Magazine from 1992-2010 and was the publisher for 12 years until 2010. In 2021 she retired from North Carolina State University's Caldwell Fellows Program and the Music Department. Liz opened her yoga studio on Hillsborough St in November 2010 and has since moved to The Village District at Raleigh Yoga Center; she also teaches at Arts Together and in her home studio in Knightdale NC.

"Be kind to one another" 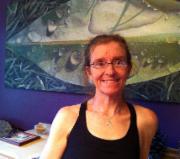 Suzanne - or Zan - has been practicing Yoga for more than 20 years... and still has more she wants to learn! Zan has been studying and teaching Yoga & Meditation more seriously since 2007. As well as attending silent Vipassana meditation retreats.  Her academic background is in Psychology & Educational Theory. Along her path, Zan realized she prefers practice to theory - the longer perhaps, still sure, path to greater awareness & a more conscious Yoga lifestyle.  Suzanne has an ERYT200 in Vinyasa Flow Yoga, shifting over the years to what she perceives as a kinder, gentler way to practice, she completed a 500-hr Viniyoga Program with Gary Kraftsow at The American Viniyoga Institute. Suzanne continues to study with Gary virtually and teaches the integrative and multidimensional practices of Viniyoga to support us over our entire lifetimes, including preparing us for death.  Suzanne is also a Certified Health & Wellness Coach. She has received an accreditation from the International Coaching Foundation. She has hundreds of hours of coaching - including international & French speaking clients, as well as continuing education credits.  You can find her online at www.simplypractice.net  Zan offers virtual yoga classes, weekday morning meditations and Life & Wellness Coaching.

Our next half-day mini-retreat will be on Sunday, September 11 from 10am-2pm.

Lunchtime classes on Tuesdays and Thursdays are now 12-1pm both days!

Recommend this page on: